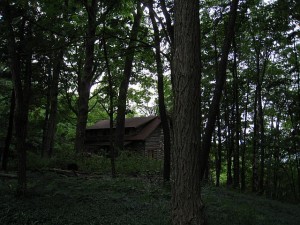 Whenever people discuss the achievement/opportunity gap, the first thing that comes to my mind is the Hart & Risley study from 1995. You can read the entire study in this book, Meaningful Differences in the Everyday Experience of Young American Children (Hart & Risley, 1995) OR you can read the synopsis here: The Early Catastrophe: The 30 Million Word Gap by Age 3 (Hart & Risley, Spring 2003). I strongly suggest you read the synopsis and this five page pdf, “The Everyday Experience of American Babies: Discoveries and Implications” by Todd R. Risley” Seven Surprising Findings from the Meaningful Difference Study**

During the 1960s “War on Poverty,” Hart & Risley were performing interventions in preschools to boost the vocabulary sizes of children living in poverty. They discovered they could increase the size of a child’s vocabulary, but they could not accelerate the rate of vocabulary growth.

These findings made them want to look at what was happening in the home that might be affecting the size and rate of vocabulary growth–Hart and Risley did not want to believe it was heredity alone. By reading birth announcements, they recruited families who just had babies. They also recruited families of friends who recently had babies. They weeded out candidates trying to be sure the families would stay in the study for the duration. Their final sample included 42 families. Some of the families were considered poor, some were middle class, and some had a professional background. Hart, Risley, and others observed each family for one hour every month over 2 1/2 years.

Their data showed that there was a striking difference in the numbers of words heard in the families depending on their socioeconomic classes. To see the grave differences, see the Hart & Risley area of this* Differences in Quantity & Quality of Talk (in chart form).

What do I mean by grave differences? Well, according to Hart and Risley’s extrapolation, after four years, children in welfare families would have heard 32 million words less than children from professional families. (See the synopsis or the chart for specific numbers). That is a HUGE disadvantage and it needs to be addressed if we are serious about closing the gap–especially since vocabulary knowledge is so highly correlated to reading comprehension and overall academic success.

Hart and Risley also looked at how often children were encouraged and discouraged. Their findings showed that children in welfare families were receiving more words of discouragement than encouragement. (See the synopsis or the chart for specific numbers). This also must play a role in overall academic success.

After 2 1/2 years of observation, Hart and Risley spent years analyzing the data. Their overall finding was that the amount and quality of talk from parents differed immensely in these families and that these interactions were strongly linked to their children’s language development at three years old.

Just like their previous studies, Hart & Risley found that children from welfare families had smaller vocabularies that developed at a slower rate than children from higher socioeconomic families.

Hart & Risley caution against inflated numbers due to the extrapolation. However, they point out that even if their numbers were two times higher than reality, the differences were so great that even the best school intervention programs could not close the vocabulary gap.

After reading all of the above, do you understand why this study always comes to mind when discussions of the achievement/opportunity gap arise? People often mention that parents, teachers, schools, and politicians play the blame game. I bring this study up not to play the blame game, but to point out that what happens in the home before children enter school is so important. I do not think that parents intentionally send their children off to school with impoverished vocabularies. I think they do so because they do not understand what a critical a role they play in their child’s overall academic success–especially in the years before the child attends school.

I strongly advocate for reaching the parents who are not reading to their children or bathing them in language. We need to stress the importance of these early years and explicitly model good literacy building activities in the home. We also need to remind them to use more words of encouragement rather than words of discouragement. Our children need to come to school with an “I think I can” attitude–not “I think I can’t.”

I really try to be an open-minded person and I love to TWRC. I wonder what you are TWRCing after reading this post. I also wonder if this is the first time you heard about this study. If so, I wonder why. Personally, I really wonder why this study has not led to substantial change.

Other GREAT Resources That Discuss the Hart & Risley Study

Here are three other places I have discussed the Hart & Risley study and/or the achievement/opportunity gap:

*This overview of vocabulary concepts and research from the University of Oregon’s Center on Teaching and Learning is a favorite article and I have placed it in the sidebars in the “External Link Categories” area under “Vocabulary” and “Favorite Articles, Charts & Videos.”